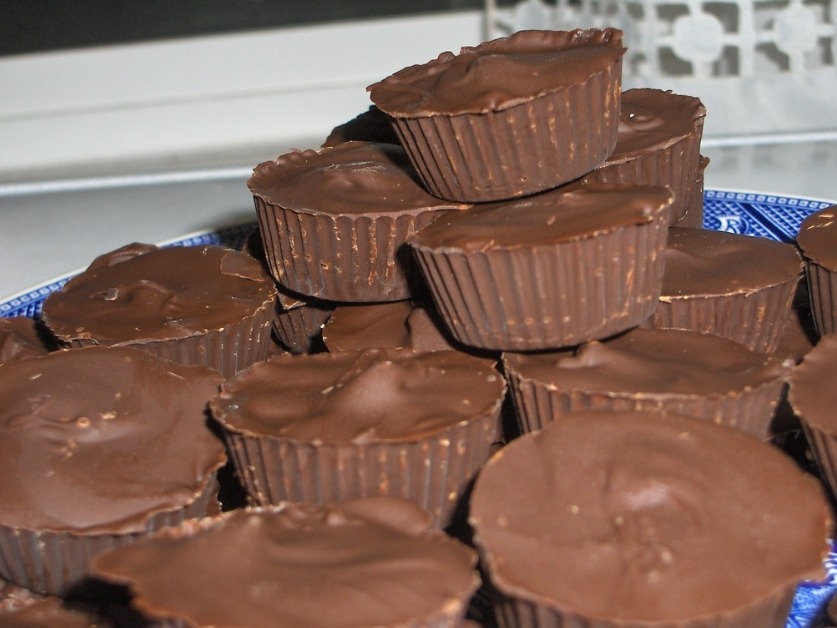 These are awesome, I will be making them again! I use 1/2 cup coconut oil and 1/2 ghee as other reviewers suggested. I don’t have stevia so I used 10 drops of Monk Fruit as the sweetener.

Great recipe! I used Herseys special dark cocoa powder and splenda for sweetener. great treat when on a keto diet! Very easy to make. My husband and I both like them.I made these today minus the Coco powder forgot to add it. Also I can’t do stevia so I used 1 tablespoon of Monk fruit sweetner and whole salted and roasted peanuts just gave a small chop. Mine taste just like Chick-o-Sticks candy.

After being on the Keto diet for just over a week, I really wanted something sweet and this really did the trick! Good combination of good oils and nuts – I thought it was fabulous! I just used the mini muffin cup liners in a tray and froze. They came right out of the paper because of all the oil in them.

The coconut oil was overwhelming, so added half cup of coconut milk (which balanced the oil) and extra tablespoon of cocoa, and used monk fruit in place of stevia. Next time will reduce the coconut oil by half

Love them. I cut the coconut oil in half and then used butter for the other half. They were a bit more buttery. I also used Swerve Sweetner 100% Keto. LOVED Them.

Ok, I made an embarrassing mistake. I bought cocoa nibs, thinking they were actual chocolate. (I’m new to this Keto thing, ok?) So I mixed them with coconut oil and was trying to get them to melt down. Then I realized…these are not chocolate.