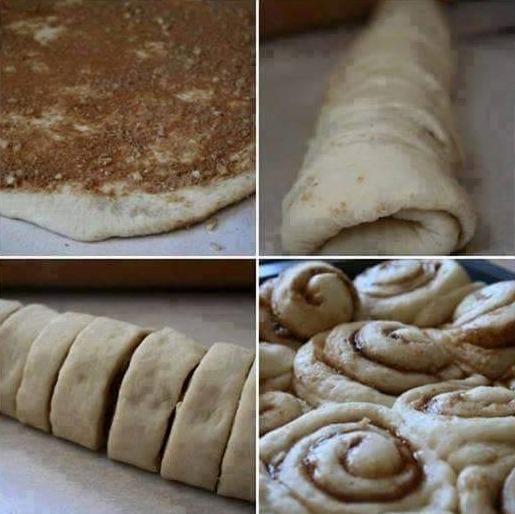 Unbelievable!!!!! I have to make at least one batch of these every day! They just seem to disappear and they are so so yummy!!! Thank you so much for posting this, my son thanks you also!

Oh my, Karen! My husband ate 4 of these before lunch, and before I even had a chance to try one!He was then at them again when he got home from work! They were delicious! The only change I made is I made more icing to totally satisfy my sweet teeth….I mean tooth!

Yum, yum, yum! Easy and delicious. My only word of advice would be to make sure you don’t spread the butter/sugar/cinnamon all the way to the edge; I did and too much leaked out when I rolled this up. I used brown sugar in the filling, as that’s the flavour I wanted, and I too used milk instead of water in the glaze, plus I added just a drop or two of vanilla. Next time I will make more glaze/icing, too. Great recipe; I know these won’t last long!

These were wonderful and disappeared in a hurry. Surprisingly easy as well. It wasn’t specified, but I used brown sugar in the filling 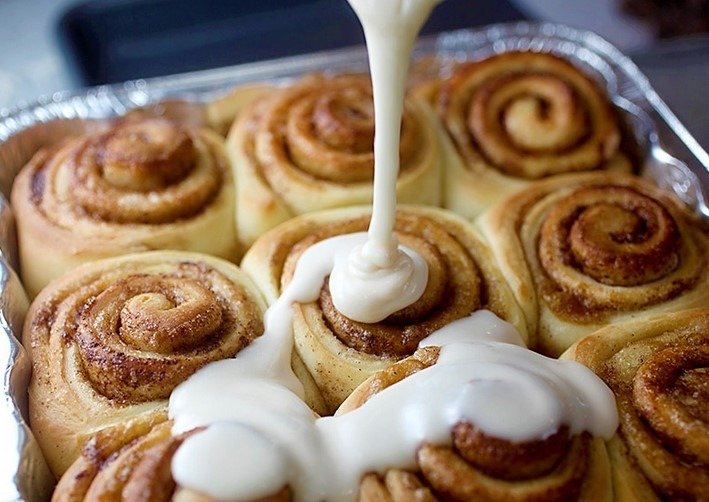 Easy and yummy! The texture of the rolls are drier than a yeast cinnamon roll but we really liked that about them – plus, even with gobs of icing, they aren’t too messy to eat! I added about 1/2 cup chopped walnuts over the cinnamon sugar and it made a nice addition.

Too Too tasty and easy! My mother raised us on Bisquick recipes, and this is one that is pretty similar to a favorite treat of hers. This is a quick and easy treat. The only thing I did differently was use milk to mix for the topping.

These were delish, thank you! The only thing I changed was adding milk to the powdered sugar instead of water. That’s just how I always make glaze. It’s just a little more thick. Great weekend breakfast. I would never have thought to do this.

These were definitely an easy breakfast treat. I did have a little problem in getting the inside of the rolls to bake up. I put foil over them and continued to bake a little longer than suggested. It may just have been my oven. We moved recently and I couldn’t find my confectioner’s sugar, so I used a canned coconut-pecan frosting in its place. I spread it on while warm and they were very enjoyable.

In a large bowl, Combine Bisquick, milk and egg in a bowl using a fork. Mix just until all combined to create a dough.
In a medium bowl, combine brown sugar, granulated sugar, cinnamon and nuts.
Add 2 tablespoons melted butter and stir to moisten. Set aside.
Generously flour rolling surface. Flour your hand well also!!
Turn dough out onto surface and start patting into a rectangular shape with your hand.
Use a rolling pin to thin dough to about 1/2 inch thickness. Do not over-roll, the dough will stick.
Once rolled out, pour 3/4 cup melted butter over entire surface then spread with pastry brush to even out and get to the edges.
Sprinkle sugar/nut mixture over butter.
Start rolling dough from long end.
Slice into 1 inch to 1/2 inch slices. I used dental floss to slice mine. It really does work, without mushing the pastry.
Transfer slices to a well greased 9 x 13 pan. I used a spatula to make it easier.
Bake in preheated 375 degree oven for 25-30 minutes, until just golden brown on tops.
Let sit for 5 minutes before serving.
Combine powdered sugar, milk and vanilla until desired consistency and drizzle over topped of rolls.