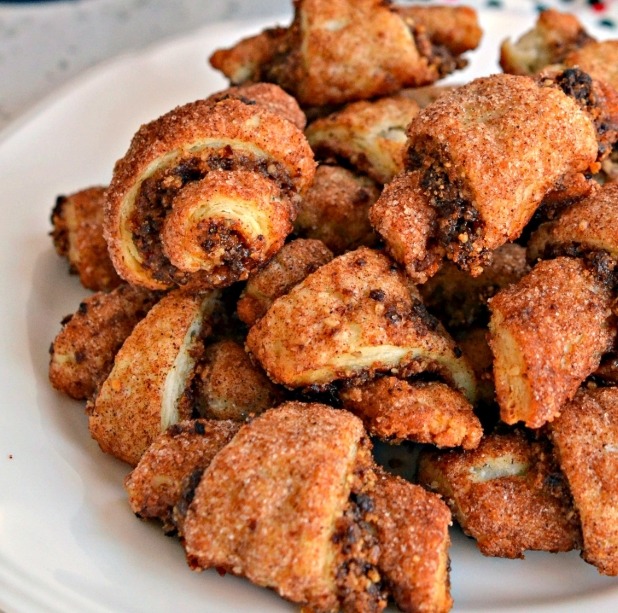 In a food processor pulse together the brown sugar, pecans, raisins and cinnamon; until finely chopped and mixed.

In a small bowl combine sugar and cinnamon to make the cinnamon sugar.

Sprinkle large cutting board and top of the dough disks with cinnamon sugar. Roll out each disk to a 9 inch circle. Spread pecan raisin mixture over dough leaving 1/4 inch rim around the circle. Using a pizza cutter cut circle into 12 even triangles (like a pizza). Roll each triangle up starting with the wide edge and rolling towards the narrow. Place on baking sheet covered with parchment paper.

Bake at 350 degrees for 25 minutes or until lightly browned. Cool pastries for 10 minutes before moving them to cookie cooling racks.