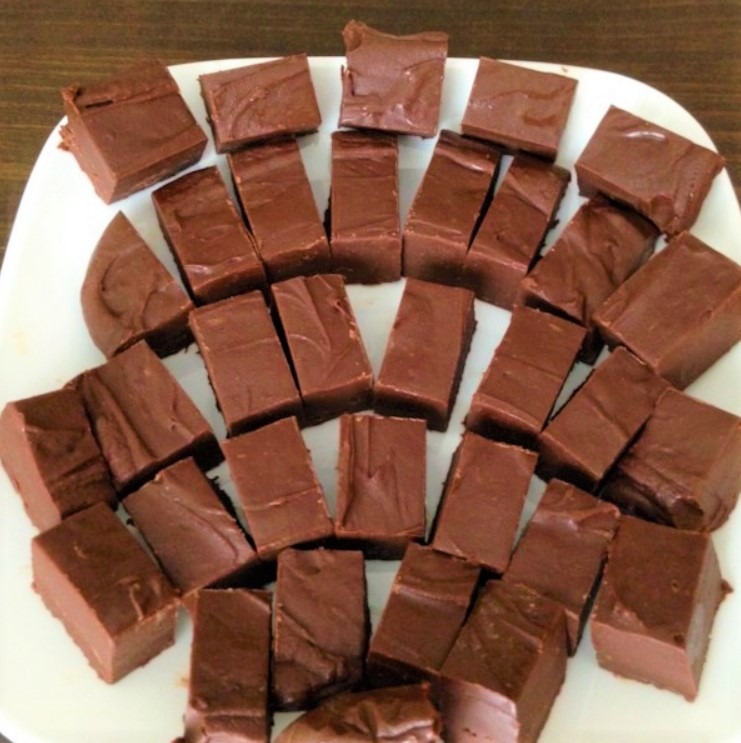 Fudge is a type of sugar candy that is made by mixing sugar, butter and milk, heating it to the soft-ball stage at 240 °F (116 °C), and then beating the mixture while it cools so that it acquires a smooth, creamy consistency. Fruits, nuts, chocolate, caramel, candies and other flavors are sometimes added either inside or on top.

Fudge is often bought as a gift from a gift shop in tourist areas and attractions.

In a letter written in 1921 by Emelyn Battersby Hartridge, she recounts the purchasing of a box of fudge for 40 cents a pound in 1886 in Baltimore, Maryland.

A student at Vassar College in Poughkeepsie, New York, she claimed to have made introduced it there in 1888 by selling her own 30 lb (14 kg) batch.

The diary of another student mentions making “fudges” in 1892. An 1893 letter from another Vassar College student describes “fudges” as containing sugar, chocolate, milk and butter.

A recipe for “Fudges at Vassar” was printed in The Sun in 1895. Despite describing the confections as “Vassar chocolates”, the recipe given comprises sugar, milk, butter and vanilla extract.

Word of this popular confectionery spread to other women’s colleges. For example, Wellesley College and Smith College have their own versions of a fudge recipe dating from the late 19th or early 20th century.

Fudge-making evolved a variety of flavors and additives as it grew beyond its popularity at colleges.