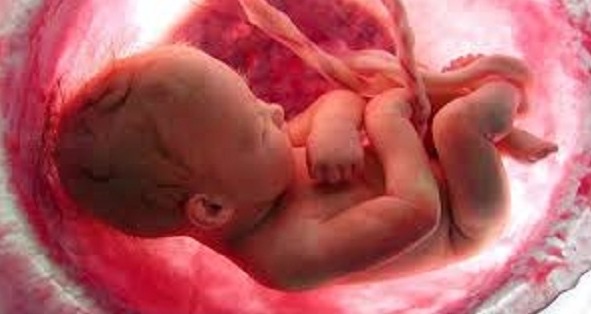 Some of the most powerful pieces of information regarding abortion we can share are the details of the development of human life in the womb.

In this section, use of the word “baby” has been avoided, because this word presupposes the very thing we’re trying to show — the humanity of the unborn — and we don’t want anyone to tune out the information we’re trying to share.

Of course, there may be times when you’re talking to someone who will respond positively to hearing about “the baby’s heartbeat”; in such a case, you should feel free to modify your language.

Please note that embryonic and fetal development is presented here by referring to days or weeks after conception, which may be different from the less precise “weeks of pregnancy” typically used by obstetricians, which are calculated from the mother’s last menstrual period (LMP).

When does life begin?

Biology is clear that at conception, also known as fertilization, a unique organism comes into existence. Since this new life possesses human DNA and is the offspring of human parents, it can only legitimately be described as human life.

Since there is no question that human zygotes, embryos and fetuses are alive, some have attempted to claim that human beings are not “persons” until some threshold is crossed, such as viability, the capacity to feel pain, birth, or even the first year after birth. The merits of such notions could be debated, but it should be clear that they are not based on science but rather on ideology, philosophy, or belief.

As far as observable science is concerned, human life begins at conception.

Source: Condic, Maureen, MD. When Does Human Life Begin? A Scientific Perspective. The Westchester Institute for Ethics and the Human Person.

What happens at conception?