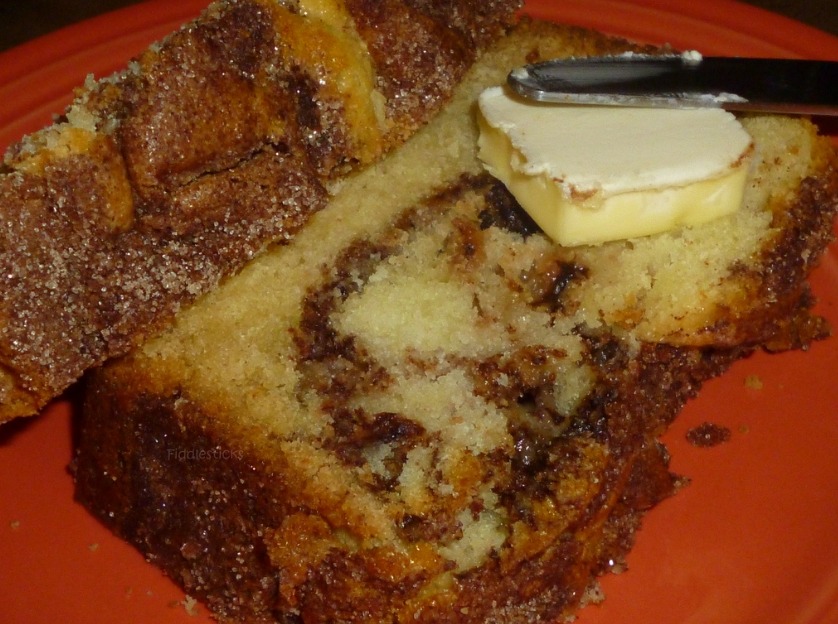 this is a great bread! i made it exactly as directed, but w/o any fruit or nuts! it was so moist and yummy. not too cinnamon-y! i made the starter a few weeks ago and froze it in 1 cup baggies. now i can make this fast and ez bread whenever i feel like it!

Moist and tasty bread. It was easy to make it lower in fat and it kept its same great taste.

This is a yearly tradition in our house – Many of my friends beg me for a started – I make it a bit different then the one listed here because I age my starter for a longer period than normal. Once the started is done – then the baking starts – this recipie is the best one – we stop at after the flour and add whatever we want into the loaf. Sometimes it is cherries or chocolate chips or coconut and cinnamon – or just cinnamon. We have even done mini marshmallows 🙂 We have always just let the children pick the type of loaf they would like to eat or make this time. Very good and excellent tasting no matter what you add.

This bread is dark and moist. Best heated up in the microwave put whipped cream on top.

Very good! I make this whenever I can. One thing I do that makes it even more yummy is to fill the loaf pan halfway with half the batter, than sprinkle cinnamon and sugar all over that, than fill the pan up with the rest of the batter, than top it with more cinnamon sugar….yummo!

I can’t make it stop. A friend gave me a starter bag a couple of months ago and every 10 days, I’m baking bread, like it or not. My friends and family are all capable of counting to 10 (suprised me with that skill) and every 10 days, I’m expected to make cinnamon bread. I don’t normally add the fuit except for raisins and only bake 2 loaves. I bake them at 350 for exactly one hour. I sprinkle the bottoms and sides of the pans with cinnamon sugar and sprinkle the batter with the cinnamon sugar after filling the pans. I use extra fancy Vietnamese cinnamon and real vanilla. Sometimes, in addition to the cinnamon sugar sprinkle, I put a layer of chopped pecans on the bottom of the pan. 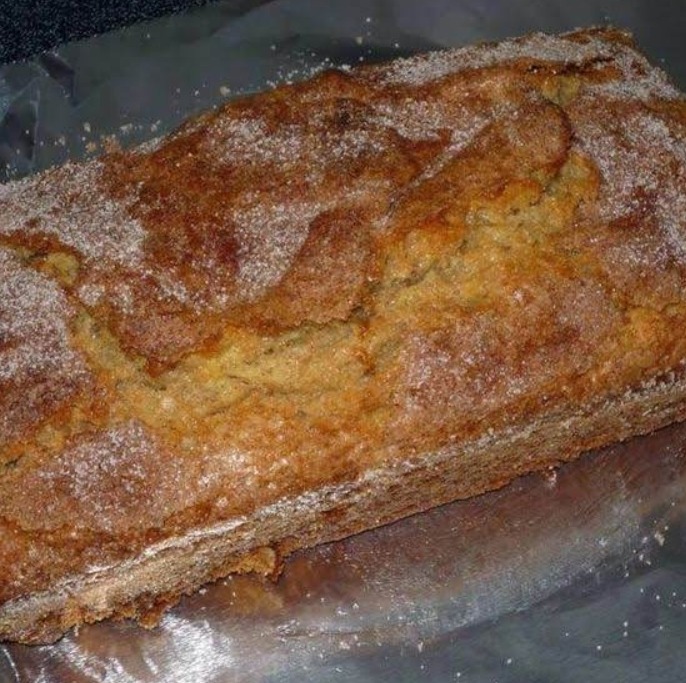