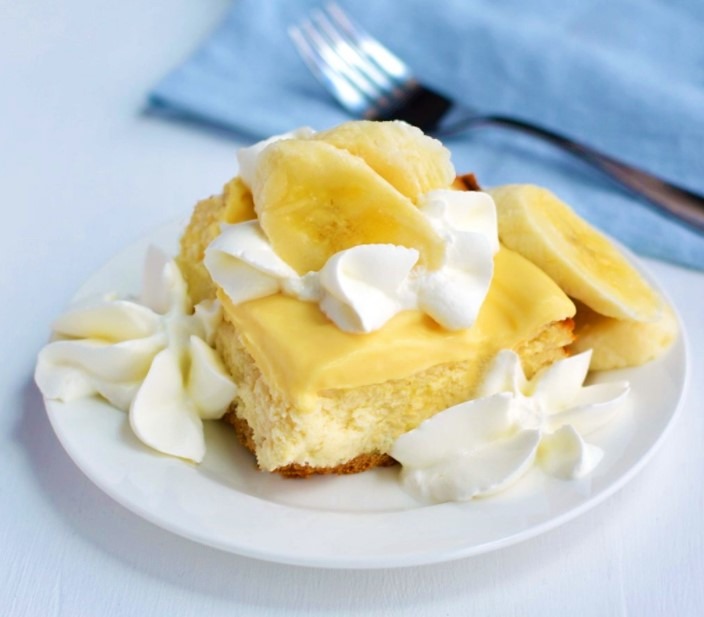 In a medium mixing bowl, combine the Nilla Wafer crumbs and the melted butter. Press the mixture into the bottom of a square 8×8-inch baking pan (a 9×9-inch pan will also work well) lined with a sheet of parchment paper with extra paper sticking up from the edges. Chill the crust in the refrigerator or freezer while you move on to the next steps.
In a large metal mixing bowl (I like to place the bowl in the freezer for 10 minutes so it’s cold), with an electric mixer or stand mixer on medium speed, whip the heavy whipping cream and sugar together until stiff peaks form; set aside.
In a large mixing bowl, with an electric mixer or stand mixer on medium speed, beat the cream cheese until smooth. Add the dry pudding mixes a little at a time, beating well between each addition. Add the whipped cream and mix until smooth.
Spread the cheesecake filling evenly over the chilled crust. Cover the pan with plastic wrap and refrigerate the cheesecake for 8 hours, or overnight.
Cut the chilled cheesecake into 9 squares and garnish with whipped topping and banana slices if desired. Serve chilled.