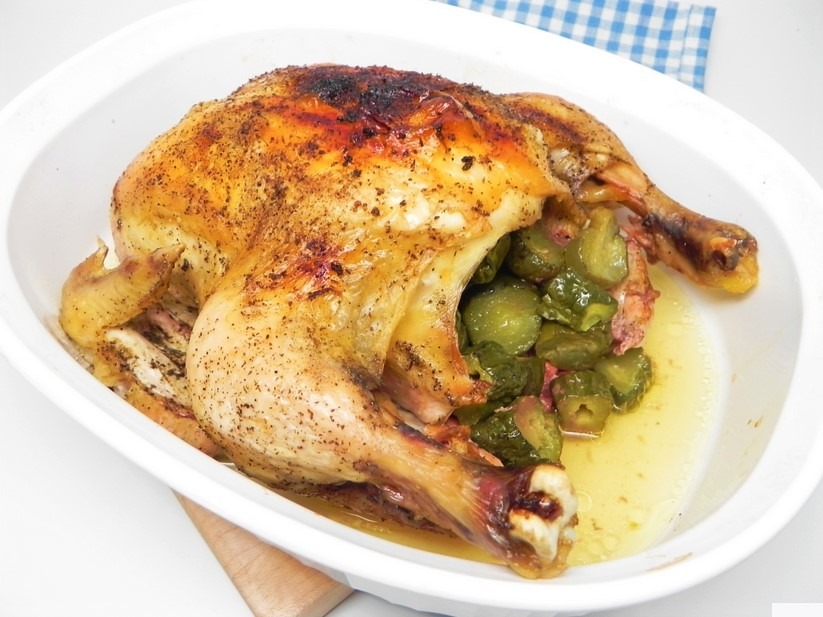 Through the years, we’ve discovered multiple ways to cook a whole chicken. Some of them involve rather unusual techniques that work magic. For example, putting a can of beer inside the chicken or putting balls of aluminum foil in the slow cooker before adding the chicken.

Now, we’ve found another unusual chicken cooking technique that we never wouldn’t thought of on our own, but now that we know about it, we know we have to try it. It involves pickles.

First of all, if you aren’t a huge fan of pickles, you’ll still want to keep reading. According to the recipe’s author, the chicken will not end up tasting like pickles. Instead, it will end up very juicy and tender. The pickles aren’t meant to add flavor to the chicken. Instead, they will give it the perfect texture.

We have a home cook who goes by Soup Loving Nicole on All Recipes to thank for this amazing and amazingly easy Dill Pickle Slow Cooker Whole Chicken recipe. It only requires a few ingredients and minimal prep. The pickles and the slow cooker do most of the work for you.

Rub poultry seasoning all over chicken. Place chopped pickles in the cavity of the chicken. Pour broth into the slow cooker and add the chicken.

Cook on High for 4 hours.

Carefully transfer chicken to a large baking pan. Set an oven rack about 6 inches from the heat source and preheat the oven’s broiler to low. Broil chicken for 10 minutes or until skin has browned.

Carve chicken and discard carcass. Season with salt and pepper.

Nutrition data for this recipe includes the full amount of pickles. The pickles are not meant to be eaten.