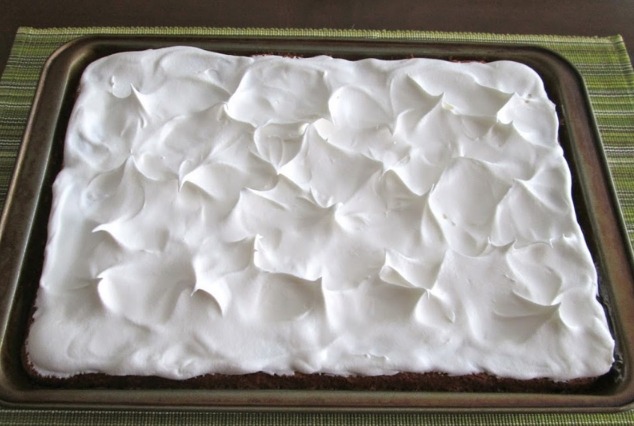 Angel food cake, or angel cake, is a type of sponge cake made with egg whites, flour, and sugar. A whipping agent, such as cream of tartar, is commonly added. It differs from other cakes because it uses no butter. Its structure comes from whipped egg whites known as a protein foam. Angel food cake originated in the United States and first became popular in the late 19th century. It gained its unique reputation along with its name due to its light and fluffy texture, said to resemble the “food of the angels”.

Angel food cake requires egg whites whipped until they are stiff; cream of tartar is added to the mixture to stabilize the egg whites. Remaining ingredients are gently folded into the egg white mixture. For this method of leavening to work well, it is useful to have flour that has been made of softer wheat; cake flour is generally used because of its light texture. The softer wheat and the lack of fat causes angel food cake to have a very light texture and taste.

Angel food cake should be cut with a serrated knife, as a straight-edged blade tends to compress the cake rather than slice it. Forks, electric serrated knives, special tined cutters or a strong thread should be used instead.