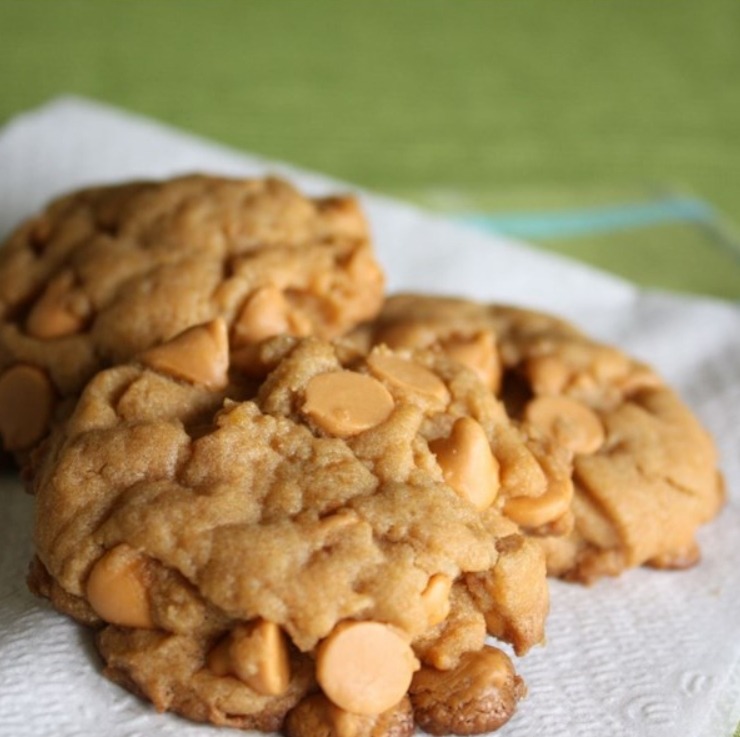 I have so much fun with this recipe we have renamed it “Surprise Cookies”. The possibilities are as limited as your pudding, chips, and imagination. Variations I have tried are choc. pudding + choc chips, choc pudding + peanut butter chips, lemon pudding + chocolate chips, vanilla pudding + raspberry chips, butterscotch pudding + butterscotch chips (our favorite). Just try whatever crosses your mind! As far as spreading out, I increased the flour to just a little more than 2 1/2 cups. Also, use stick margarine and NOT the soft spread type as they have way too much oil and water.

I made 10 dozen for an event at my 14-year-old daughter’s school. She said the boys declared they were the best cookie they’d ever had (you know it’s important what the boys think). I used vanilla pudding and excluded the nuts. A definite winner.

Incredible! I must say, I was wondering what all the fuss was about, but after trying them, I quickly found out! I made 3 batches: lemon pudding with white chocolate chips, vanilla pudding with butterscotch chips, and butterscotch pudding with milk chocolate chips. Both were exceptional! I omitted the nuts in both recipes and increased the baking time to 11 1/2 minutes (because they were so “cake-like” that they fell apart). Perfect adjustment! Thanks for the wonderful recipe!

I used vanilla pudding with a 12-oz. pkg. of semi-sweet morsels and a 10-oz. pkg. of Skor toffee bits; I did not use nuts because my kids aren’t thrilled about them in their cookies. They turned out delicious, but they spread a lot and I’m not sure why. I ended up with exactly 36 cookies, so I don’t think I made them too big. I did roll them into balls instead of dropping them, but I don’t think that matters. Maybe it’s my cookie sheets. Anyway, they sure are yummy.