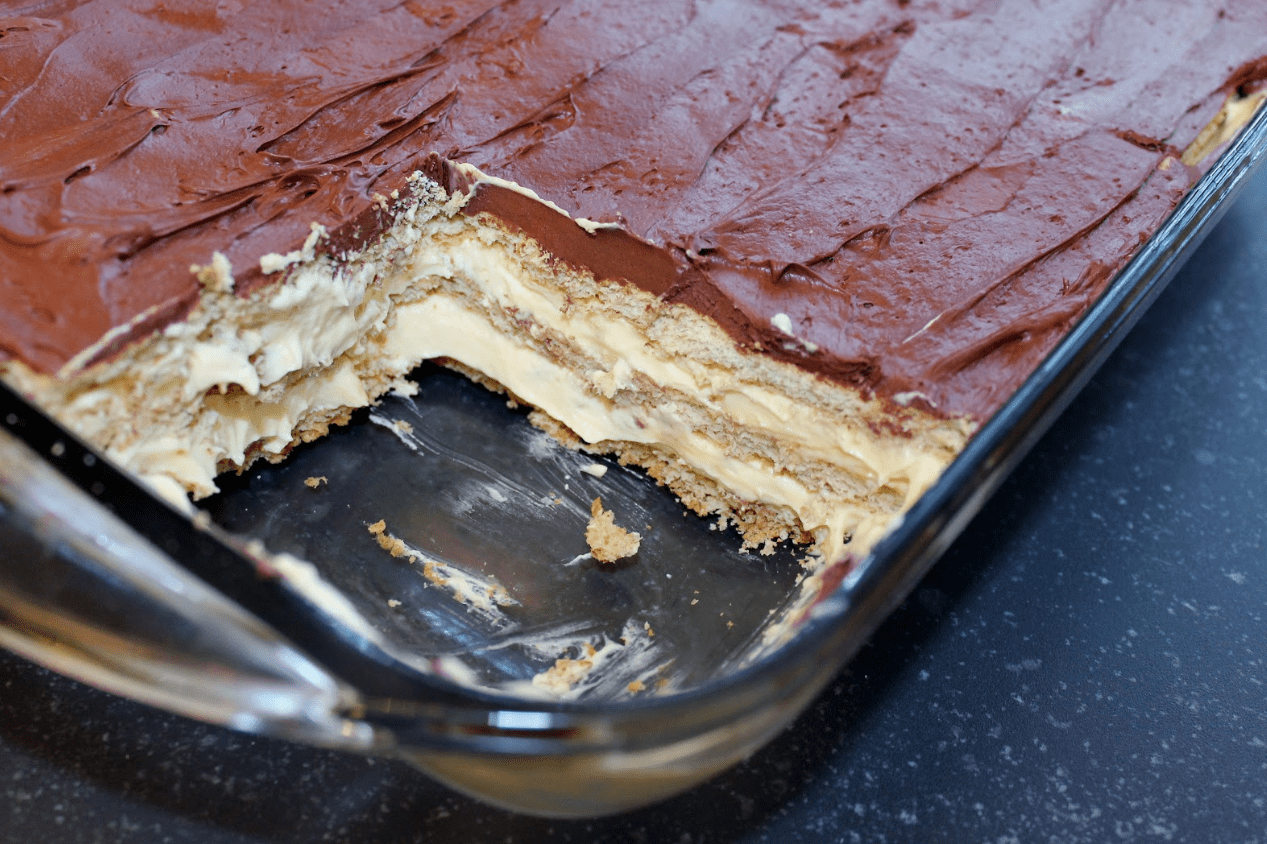 I have had success making this recipe with either vanilla pudding or French vanilla pudding. Either way is delish!
For a lighter version use fat-free Cool Whip, sugar-free pudding mix, skim milk, and just a thin layer of frosting on top.
Don’t care for store-bought frosting? Make your own chocolate ganache by heating ¾ cup heavy cream until simmering then pour over 1 cup of chocolate chips. Allow to sit for 2-3 minutes, stir well, then pour over cake.