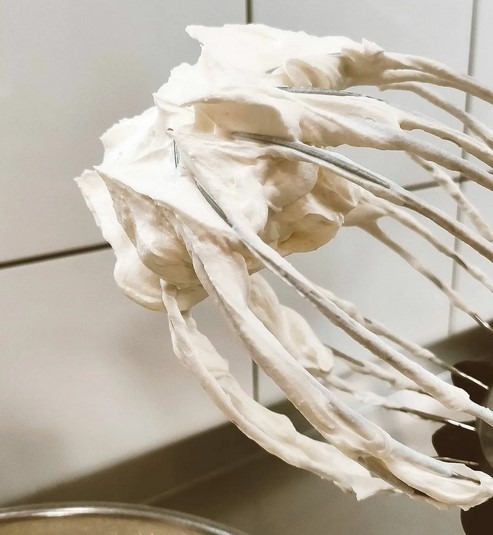 You NEED to put this Stabilized Whipped Cream recipe on your menu!!
SKIP the whipped cream and gelatin and make this easy recipe. It holds it’s shape well, is great for piping, and is THE perfect substitute for Cool Whip in ALL of my Dream Bar recipes.
If you’re not on Team Cool Whip, then this recipe is for YOU!

In a mixing bowl, beat the cream cheese with the powdered sugar and vanilla until soft and creamy.
Transfer to a small bowl.
In the mixing bowl (you don’t have to clean it), beat the heavy whipping cream just until soft peaks form. You’ll want them to collapse, not stand up.
Add the cream cheese by distributing it in thirds around the mixing bowl.
Beat until stiff peaks are formed.
Store in refrigerator until ready to use.