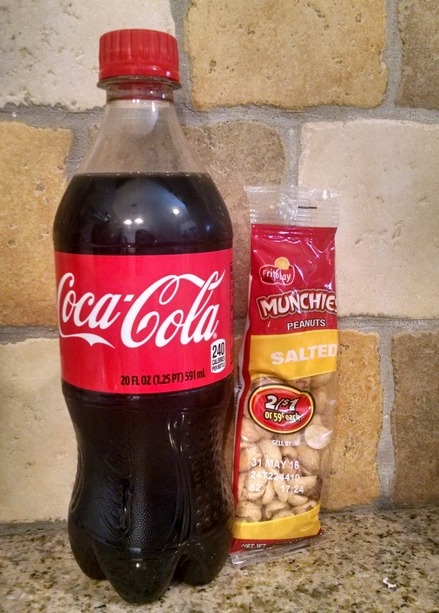 Be sure to SHARE this article if you’ve heard of this crazy food trend!

This story originally appeared at Do You Remember by Jane Kenney.

The South is its own entity in the United States, through and through. Whether you’re talking about fried okra or your momma’s famous bundt cake, there are few things more satisfying than a delicious Southern tradition.

The fond memories associated with many a Southern family often stem from experiences shared over comfort food. Peanuts in Coca-Cola is one of those traditions.

Drinking Coca-Cola with salted peanuts isn’t only about the genius pairing of sweet and salty flavors; it’s about the experience, and knowing that your taking part in a tradition that has gone on for generations. 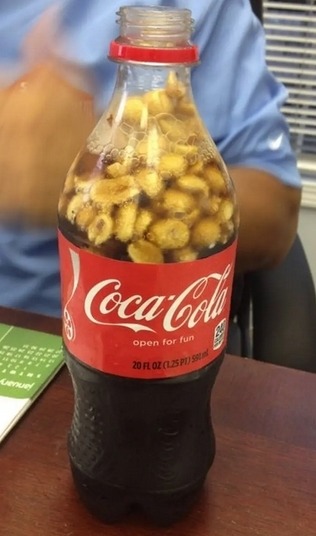 According to Coca-colacompany.com, this interesting combination originated in the South– sometime in the early 20th century. The article states: “Although there’s no written record, the first package of peanuts may have been poured into a glass bottle of Coke as early as the 1920s. Packaged, already shelled peanuts from Planters, Lance and Tom’s began showing up at country stores and filling stations where the familiar contour bottle of Coke was already being sold.”

In the article, John T. Edge, Director of the Southern Foodways Alliance at the Center for Southern Culture at the University of Mississippi, believed the combo “was likely born of country store commerce. Think of Coke and peanuts as a prototype fast-food for the 20th century South.” 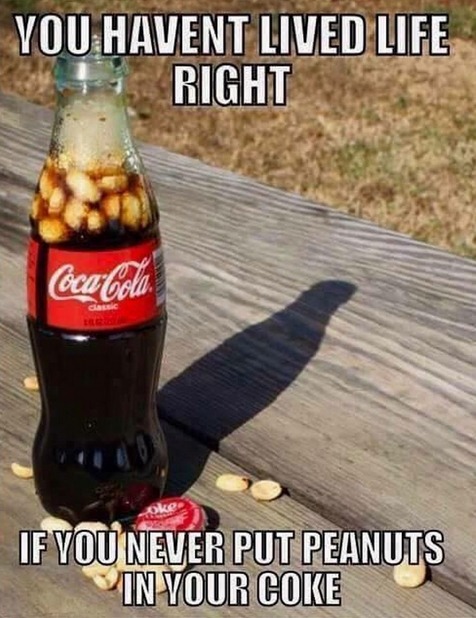 There’s still the issue of… WHY? Serious Eats attempted to tackle that same question: “Nobody knows who exactly came up with this inspired idea of putting peanuts in Coke, but the pairing is guessed to go as far back as the 1920s. I’ve heard stories of busy Southern farmers who didn’t have time to break for lunch and would eat this on their tractors while in the field. References to salted peanuts in Coke pop up in historical fiction including The Secret Life of Bees, and other stories about the American south during the 50s and 60s.”

Maybe we should stop asking all these questions and start looking for some peanuts & Coke.