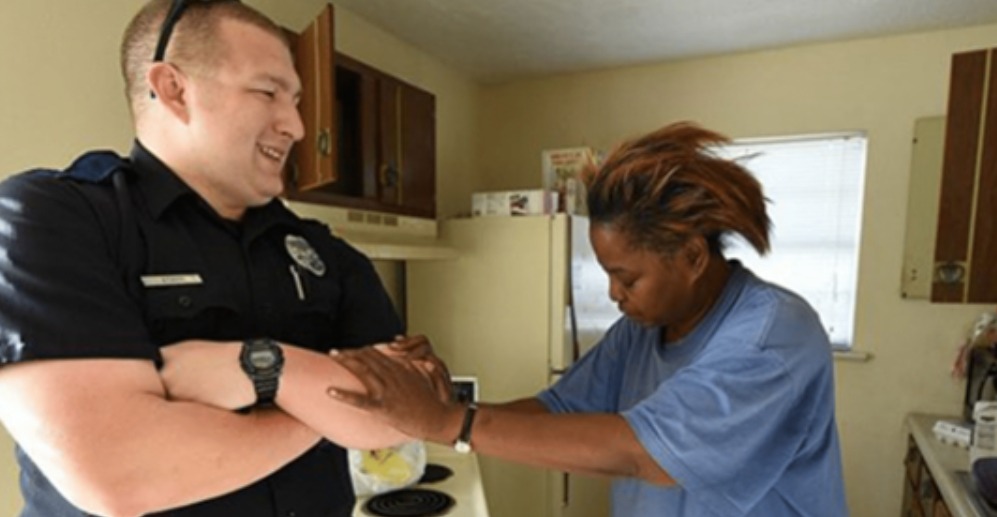 “She started crying, she got very emotional and was very apologetic,” Officer William said. “She tried to give me the money she had on her, $1.25.”

William explained that she would not be arrested. He remembered her during a previous visit to her home and her poverty. His family sleeps on mattresses on the floor.

“The story she told me Saturday matched up with what I had seen when I was there,” said officer William.

“I felt like it was the right thing to do. I didn’t want to pass judgment on her.”

He bought her a carton of eggs and when Johnson asked Stacy how she could repay him, he simply asked her never to shoplift again.

“I hope she won’t do it again. I pray she doesn’t, and I don’t think she will,” said William.

Just before she got into her car, Johnson turned to hug Stacy and unknown to them, the moment was captured on cellphone by Robert ‘Dollar’ Tripp who posted it to Facebook with the hashtag, ‘feelgoodstoryoftheday’.

Then wanting to help her more, that week William and some colleagues showed up at the woman’s house with two truckloads worth of food for her and her family.