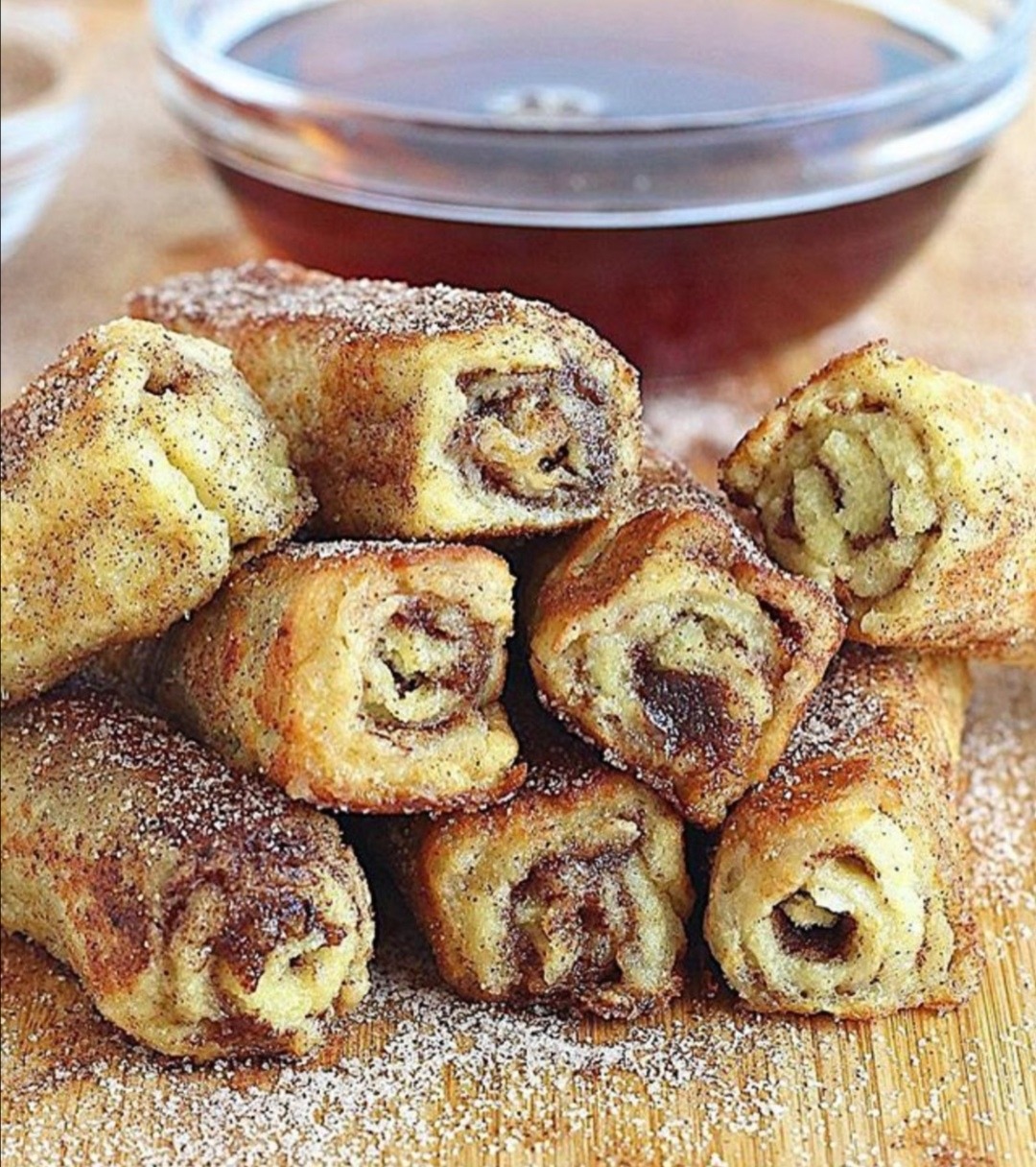 Cinnamon Roll French Toast Roll Ups – perfect breakfast or brunch that you will love and that’s so quick and easy to prepare. It’s made of soft bread rolled with a rolling pin, spread with cinnamon, butter and brown sugar filling, rolled, then dipped into eggs, milk and vanilla, cooked in a frying pan on butter and finally coated with cinnamon and sugar. You can serve them with maple syrup or whipped cream and enjoy every bite.

An origin story for French toast is that it was created during a war in France when soldiers took stale bread and dipped it in eggs to soften it up, then fried it. However, not all food historians agree with this origin story. Some believe that it was created in the 1700s by Joseph French, hence the name. But that’s not a story supported by the majority, either.
The truth of the history of french toast is still murky, and it stretches back as far as the fifth century AD in the Roman Empire. The first sight of french toast came about when Romans created “Pan Dulcis” by soaking bread in egg or milk and frying it. There is also a theory that this breakfast staple recipe was developed in medieval Europe. In sum, the history of French toast is obscure and littered with fascinating tales and origin stories. Who really knows when it was invented, or by whom — ultimately, it’s a delicious treat that we’re happy to have around today 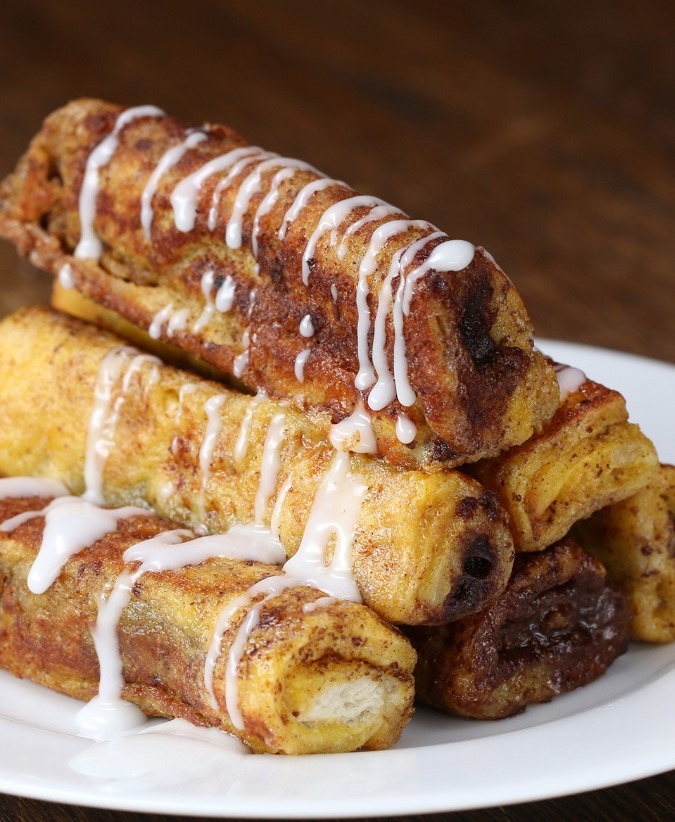 Can granulated sugar be used instead of light brown?

How to store leftovers?

You can keep them in an airtight container, refrigerated, for up to 3 days

Can these rolls be frozen?

Yes, you can freeze them for no longer than 3 months. Place them on a cookie sheet lined with parchment paper first, then freeze for an hour. Take them out of the freezer and put them in a freezer bag..

MAKING YOUR OWN CINNAMON BUTTER FILLING COULDN’T BE EASIER!

All you have to do is mix butter with cinnamon and sugar. Once you have a thick filling, you simply spread filling on the bread slices and then roll them into cinnamon roll ups.

Once you bake them, you can sprinkle them cinnamon sugar, powdered sugar and dip them in syrup and eat them with your hands.
Or drizzle them with milk and sugar glaze if desired, and You get the same iconic gooey center and sweet glaze on top.
Soooo easy to make and everyone will go crazy about how fun and delicious they are to eat!

Cinnamon rolls are best enjoyed fresh and piping hot right out of the oven. You can re-create that same experience by reheating them. How you reheat them, however, will determine how dry they taste.

To Find Out All The  Ingredients And The Step By Step Directions To Follow for this recipe, Please Open The Next Page >>>