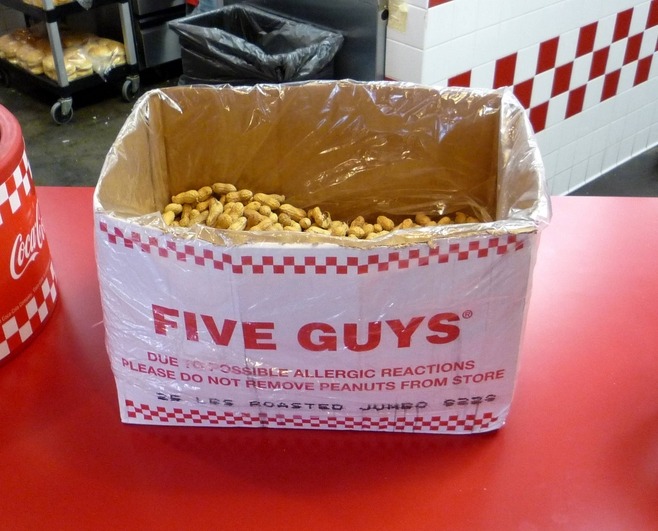 Five Guys was founded by a man named Jerry Murrell, who named the restaurant after his four sons: Jim, Matt, Chad and Ben. The year after the first location opened, however, he had another son named Tyler. To make up for his mistake, Jerry Murrell now claims that the “Five Guys” name only refers to his sons, excluding himself from the namesake. 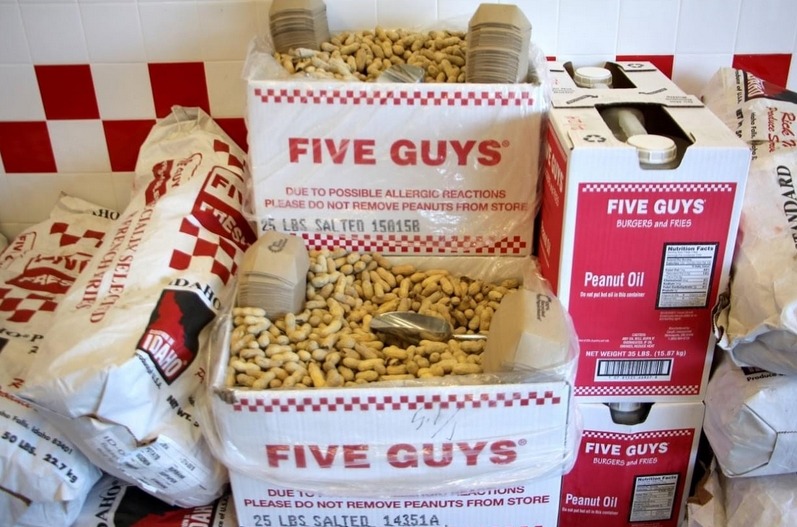 Five Guys offers complimentary peanuts to customers as a gesture of hospitality, but the snack sends a very different message to part of the population. For people with peanut allergies, every Five Guys location in the U.S. is a health hazard; the burger chain even posts signs in its windows saying as much. The restaurant doesn’t profit off giving snacks away for free—or excluding potential customers—but peanuts have been a fixture of Five Guys for more than two decades.

Giving people free food is an easy way to keep them happy, but that still doesn’t explain why Five Guys chooses peanuts over something friendlier to people with allergies. According to Stan Phelps, the snack may double as a warning sign. The restaurant uses peanut oil to cook its fries, so people with severe peanut allergies still wouldn’t be able to eat there even if the peanut bins were taken away. But unlike whole peanuts, it’s much easier for someone to accidentally eat a french fry fried in peanut oil without realizing it. Five Guys notes the use of peanut oil on its menu, but the boxes overflowing with peanuts are much harder to ignore. 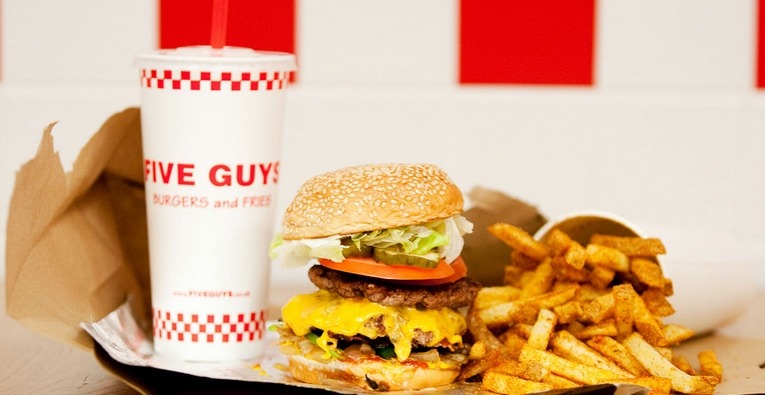 As long as the chain fries its food in peanut oil, the free peanuts will likely remain part of its brand. It’s one of several examples of the company sticking to its ways, like the strict “no delivery” rule it enforces with everyone, even the president. Here are more facts about Five Guys you should know.

What do you think about Five Guys’ free peanuts? Let us know!